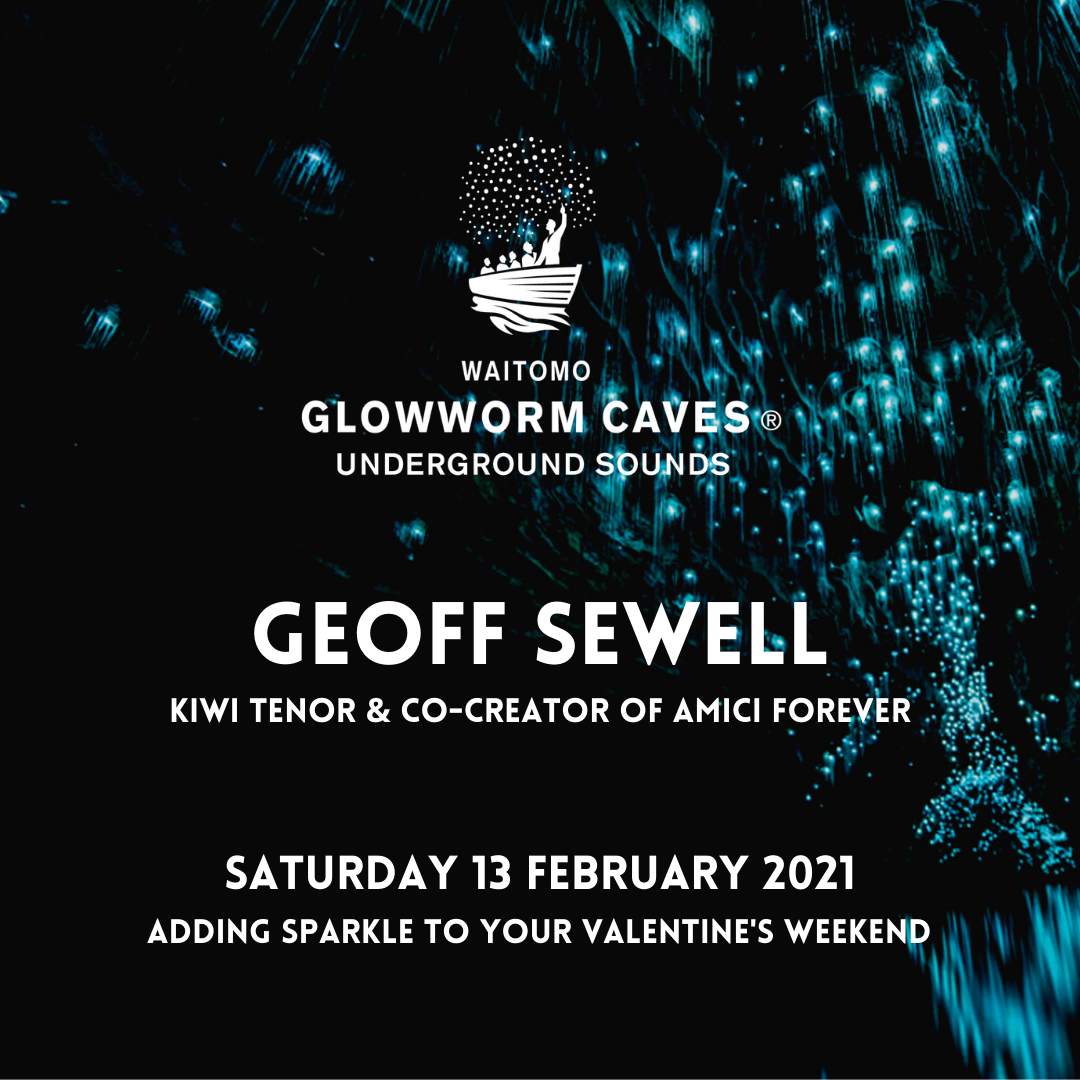 One of New Zealand’s most spectacular natural attractions, the Waitomo Glowworm Caves, will host a unique dining and music experience on Saturday 13 February 2021.

The highlight will be an intimate performance by celebrated New Zealand tenor Geoff Sewell, the co-founder of the world’s first opera band, Amici Forever, inside the majestic glowworm cave known as the Cathedral, famous for its acoustics.

Geoff will add that special sparkle for those wanting to celebrate Valentine’s weekend. He will perform a range of classics like Nessun Dorma, O Sole Mio, How Great Thou Art and You’ll Never Walk Alone.

Guests will stay at Novotel Hamilton Tainui Hotel and travel by coach to Waitomo.   On arrival enjoy pre-concert canapes and drinks and a private tour of the caves, before a special musical showcase, featuring Geoff inside the stunning Cathedral.   Geoff's performance will be followed by dinner and selected beverages in the Waitomo Glowworm Caves Visitor Centre, an innovative building that compliments the beautiful surrounding landscape and was awarded New Zealand architecture's most coveted prize, the New Zealand Architecture Medal, in 2011.

Experience one of New Zealand’s most spectacular natural attractions like never before – book now!   This unique event is limited to 100 people.

This unique event is limited to 100 people. 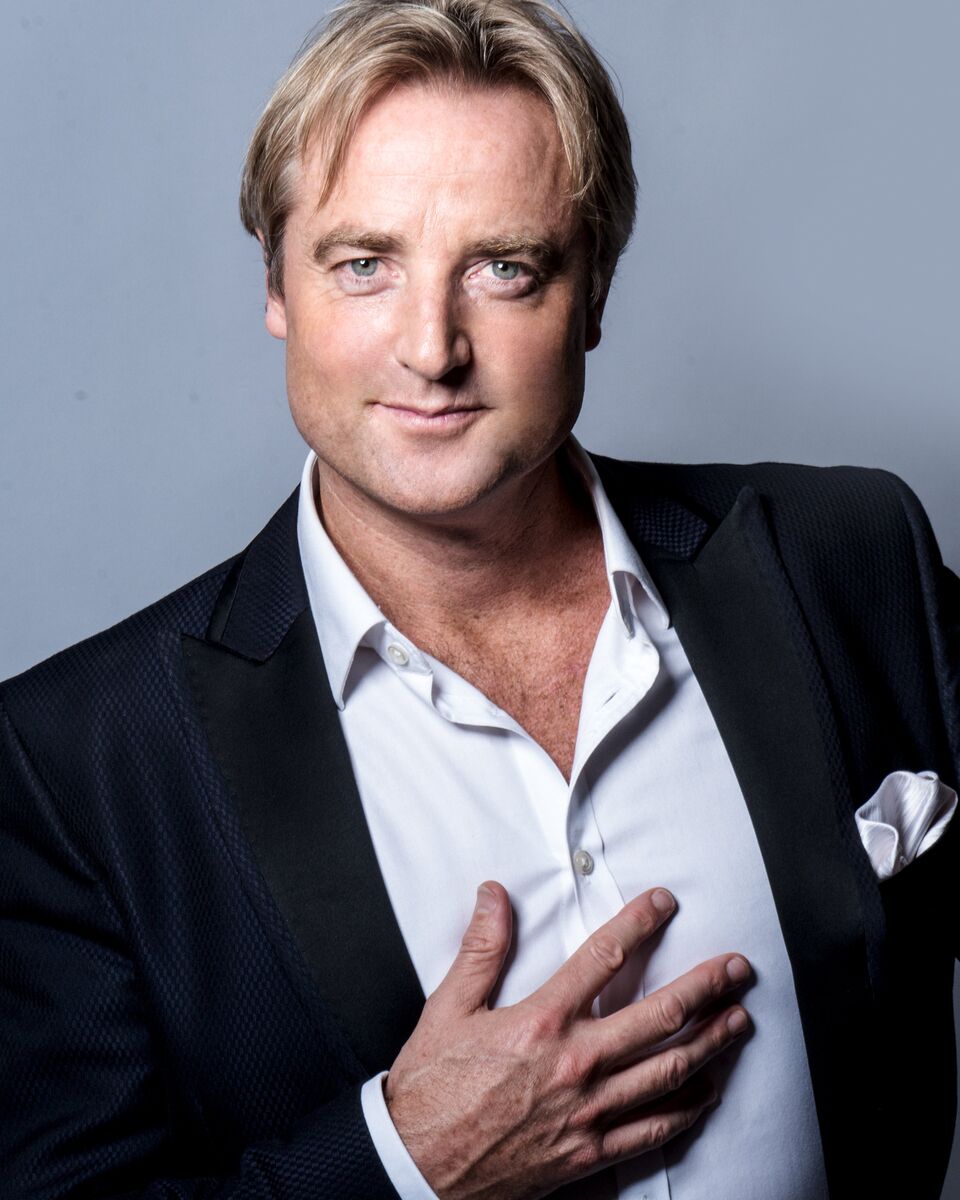 Kiwi tenor Geoff Sewell is a multi-platinum selling international recording artist and co-creator of the world's first 'pop-opera', classical crossover band Amici Forever. Geoff has two number one albums with Amici, as well as a third with his solo debut “Believe” which reached over 3.5 million album sales worldwide.

Geoff has toured widely in New Zealand and abroad, and has sung for the Queen and other members of the Royal Family at The Royal Albert Hall, Windsor Castle and other venues; Nelson Mandela; and various celebrities including Sir Elton John. Geoff is the Global CEO and co-founder of entertainment company Incognito Artists, based in London with offices in New York and Auckland.    Geoff returned to New Zealand in March 2020 after his US tour was cur short due to Covid-19.    He is currently based in Auckland with his wife Simone and two teenage daughters.

The next morning enjoy breakfast at your leisure before checking out by 11am.

*Please note the above timings are indicative and subject to change.

ABOUT THE WAITOMO GLOWWORM CAVES 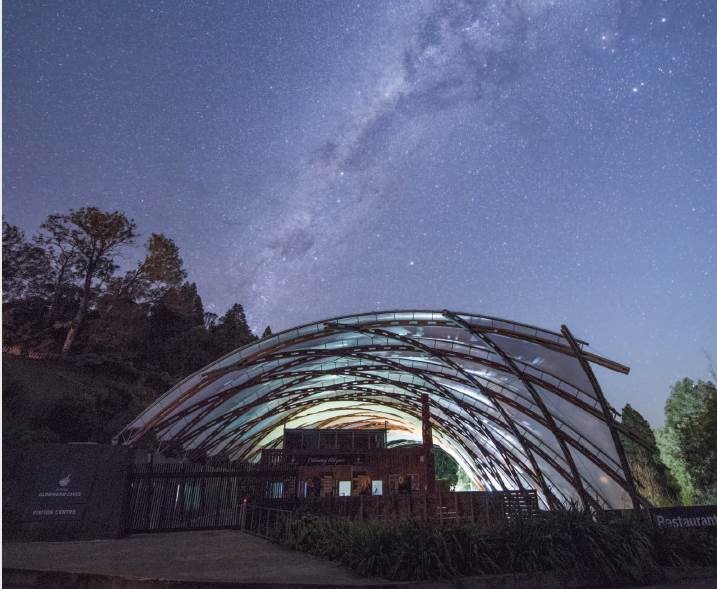 Discover an ancient world 30 million years in the making and marvel at Mother Nature’s light display in the starry wonderland of the Glowworm Grotto. Experience the serene ambience as you enter this galaxy of tiny living lights.

The glowworm (Arachnocampa Luminosa) is unique to New Zealand, making the Waitomo Glowworm Caves an absolute must-do. See thousands of these tiny creatures as they radiate their unmistakable luminescent light in a subterranean world.

The Waitomo Glowworm Caves are made up of two levels. The upper being decorated with stunning, delicate cave formations and the lower level consisting of stream passages, glowworms and the Cathedral, the tallest chamber in the cave.

+ Text Size -
Do NOT follow this link or you will be banned from the site!